In 2014, American authors will be eligible to win the Man Booker prize. This new rule admits "novels originally written in English and published in the UK, regardless of the nationality of the author" whereas the award has historically been restricted to citizens of "the Commonwealth, the Republic of Ireland or Zimbabwe."

Surprising no one, most of the commentary across the pond has been negative. The only British author (so far) to speak out in support of the change has been Kazuo Ishiguro, a previous Booker winner and author of The Remains of the Day and Never Let Me Go.

I'm sympathetic to the concern that the admission of American authors connected to well-established American and multinational publishing houses will make it that much harder for non-American authors to compete. It's an honest and reasonable concern, particularly when the Pulitzer and the National Book Award are only open to authors from the U.S.

But when figures like Jim Crace, Melvyn Bragg, and Colin Midson complain about the prize losing its "focus," "distinctiveness," and sense of "a Booker book," I have to ask: what does that mean?

Until the rule change, the Man Booker Prize has been open to authors from most corners of the English-speaking world... except for the U.S. The winners and nominees have hailed from a variety of countries and written on a variety of topics. The Remains of the Day is about an English butler. Salman Rushdie's Midnight's Children is about partition in India. Nominee Jhumpa Lahiri was born in London but raised in the U.S. and is arguably better-known as an American author than a British one. What is the "character" of a "Booker book," and how can someone argue that any English-speaking writer except an American-born one is capable of writing it? 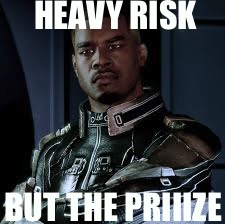