Spouse and I had looked forward to Gravity for months, and so we saw it last weekend with Nurse Sibling and Nurse Sibling's Spouse. It did not disappoint.

I appreciated a few things in particular about the movie (besides it being gorgeous and entertaining):

I was trying to articulate point #4 to Spouse on the ride to post-movie beers, and it was easiest to describe what the character was not: a chip-on-her-shoulder Amazon, a sexy love interest, a damsel in distress. She just seemed like a normal person, and at no point did it feel like her femininity was being exploited or artificially emphasized. Alfonso Cuarón has said that he received pressure to cast a man in the lead role, and I'm glad that he didn't listen.

Alien's Ripley was similarly not subject to the usual lady treatment, and perhaps it helped that all of the characters in Dan O'Bannon and Ronald Shusett's original script were "unisex"*. I look forward to the day when more female characters can be summarized as astrophysicists/parents/golfers/bankers rather than tough, smart, sexy astrophysicists/parents/golfers/bankers. 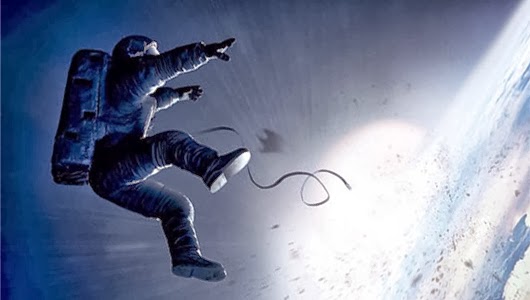 *Really, written as male but open to being played either way.
Posted by Carrie Patel at 6:00 AM